From a bottle of methylated spirit being described as “a drink to enjoy with friends in a park”, to tin foil deemed “by far the best for making aluminium shield hats to ward of aliens”, we think the new craze for spoof Amazon reviews is hilarious. 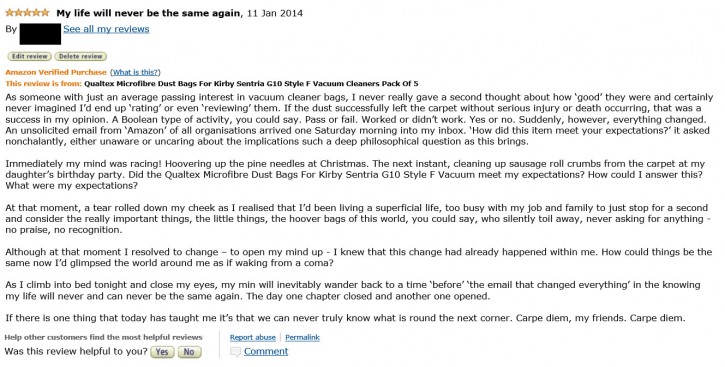 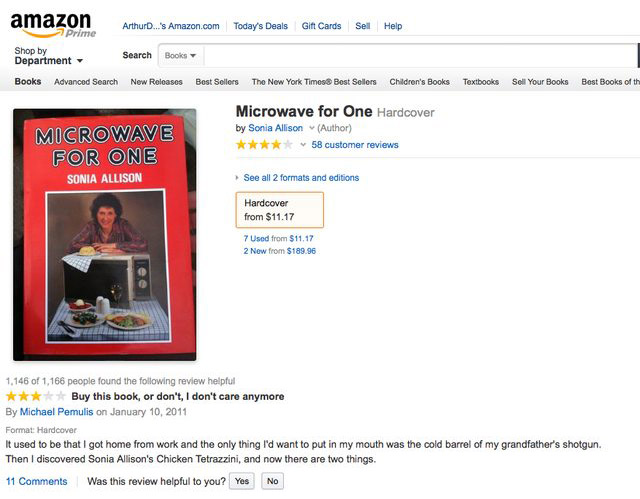 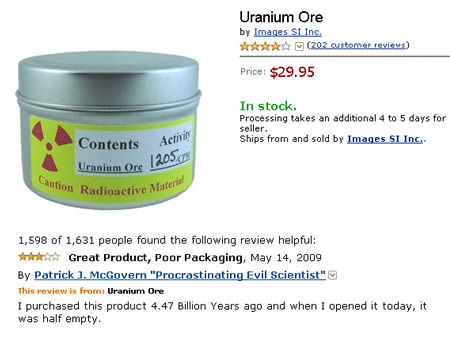 As for the bottle of Methylated spirit, a reviewer named ‘Barkas’ enthused: “From the moment you remove the cap you realise you’re in for a treat. Fresh, bright, smoky, with a mineral edge and rounded, fruity nose. Mid weight and bold, possessing some edge and no little bite, yet remaining smooth, balanced and satisfying. This is a drink to enjoy with friends in a park. Highly recommended.”

This particular spoof review has also played havoc with Amazon’s famed algorithms, which enable the site to recommend buyers other products they may be interested in, based on what they have bought previously. The glowing review in question caused Amazon to recommend methylated spirit to customers who had bought bottles of Chateau Latour.

Our favourite is a serious literary review of a book intended for young children. The reviewer hilariously calls the book ‘misleading’ as he/she vents their disappointment that the entire plot of the story is revealed in the title. “There is no mystery. There is no twist. Baby’s belly button is right where it’s supposed to be, on baby’s stomach. Right where it clearly SHOWS you it is on the COVER OF THE BOOK.” The mystery reviewer also complains that “there is no conflict, no character development, and scarcely any plot.”

We’ve bought a fair amount of stuff from Amazon here at Seven Creative Towers.  We always take the reviews with a pinch of salt and make sure we consider the spectrum of star ratings, but there are few that leave us rolling on the floor laughing. As for detracting from honest, helpful reviews, we think it’s nice to have a bit of comedy.

Hurrah for bringing satire to Amazon! 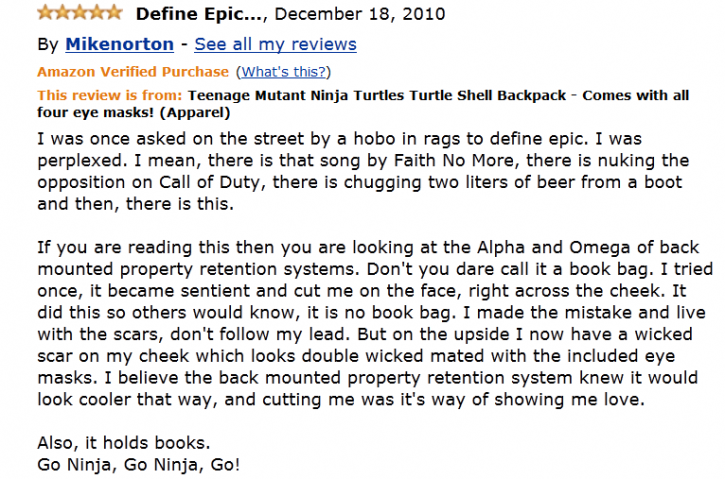 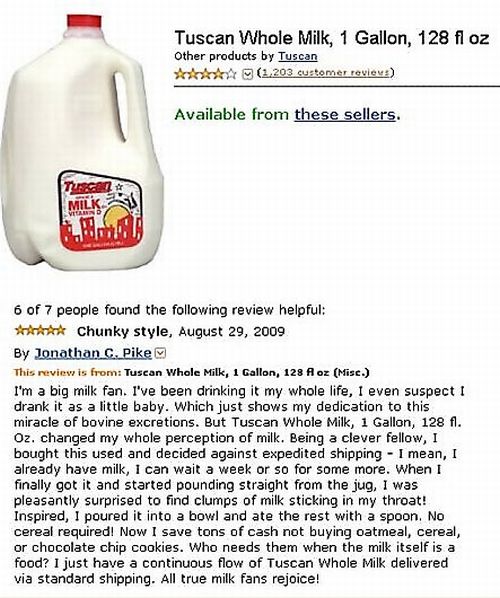 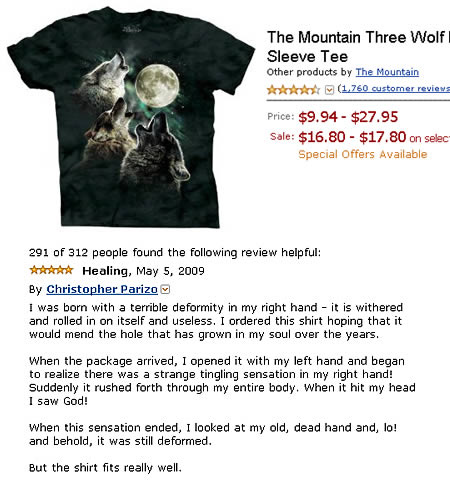 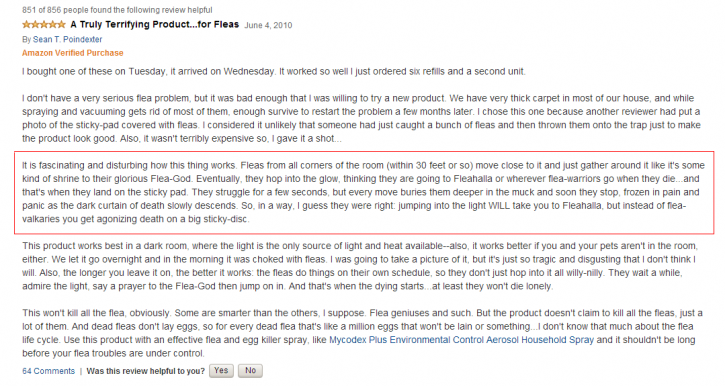 How to Avoid Huge Ships 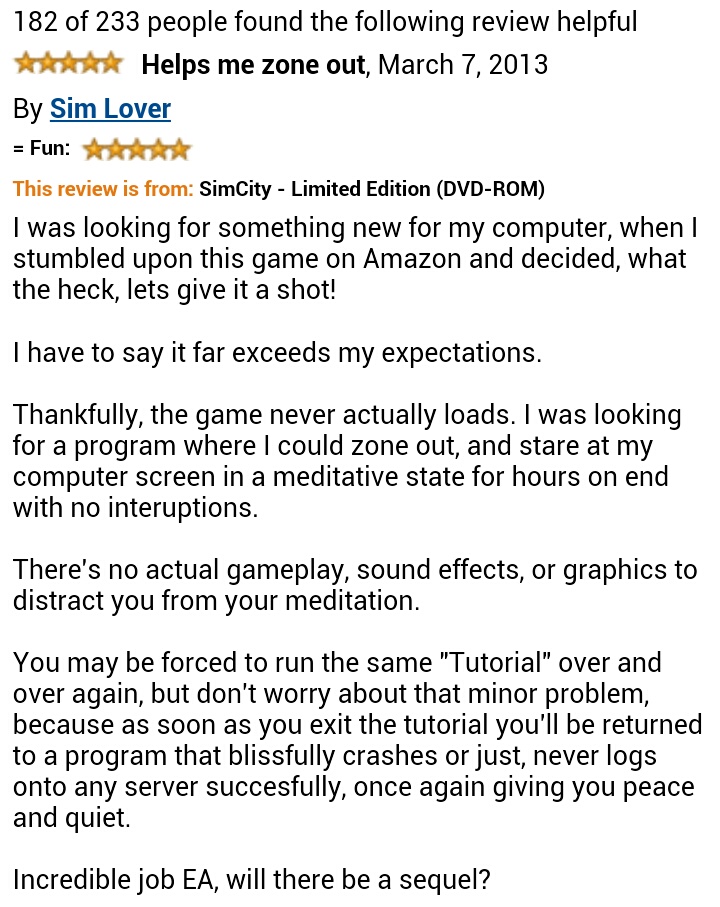