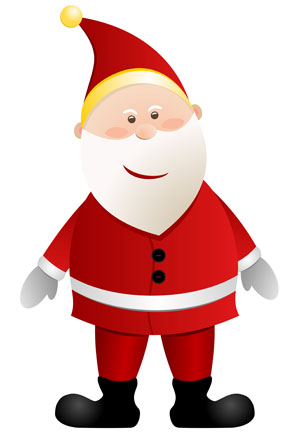 As the final working day before Christmas draws to a close, we thought we’d share our best, or worst, Christmas cracker jokes so far. Enjoy…

What is special about the Christmas alphabet?
It has NO EL.

What happens if you eat the Christmas decorations?
You get tinsel-itus!

Why does Santa have 3 gardens?
He likes to ho-ho-ho.

How does Santa Claus take photos?
With his North Pole-aroid.

What did Adam say on the day before Christmas?
It’s Christmas, Eve.

Why are Christmas trees like people who can’t knit?
They both drop their needles!

Which reindeer needs to mind his manners the most?
Rude-olph!

What do you call a group of chess fanatics bragging about their games in a hotel lobby?
Chess nuts boasting in an open foyer!

What do you call a cat on the beach at Christmas?
Sandy Claus!

What do you call a reindeer wearing ear muffs?
Anything you want. He can’t hear you!

Mum, Can I have a dog for Christmas?
No, you can have turkey like everyone else!

Why didn’t the skeleton go to the Christmas Party?
He had no body to go with!

Why did the little boy push his bed into the fireplace?
He wanted to sleep like a log.

Virgin Media blamed the mistake on software which automatically filters out offensive words, but I’m afraid the damage has been done. Any innocent delight taken in ‘The Golden Age of Canals’ is officially over!

It was nice to see that Virgin Media had a sense of humour about it though. A spokesperson said: “Over the weekend a temporarily over-zealous profanity checker took offence at certain programme titles. The altered titles have been swiftly an*lysed and we’re fixing any remaining glitches.”

I thought Virgin Media’s over-zealous censoring of some of the nations favourite TV shows was quite enough to giggle over this week, but when I heard that some baby names had actually been classed as illegal, I had to log on and find out exactly what they were. Get ready for a laugh….. 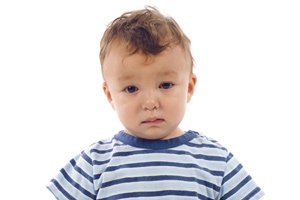 Talula Does the Hula From Hawaii

A nine year old girl in New Zealand had to be renamed during a custody battle after a judge said the name ‘made a fool of the child’. It certainly does, and filling in forms must take forever. According to New Zealand law, any name that would cause offence to a ‘reasonable person’ can be banned.

Among other banned names in New Zealand are 4Real, Fish and Chips (twins), Yeah Detroit, Keenan Got Lucy and Sex Fruit. Having said that though, the names Number 16 Bus Shelter and Violence were allowed. Bizarre.

No, I promise I didn’t fall asleep on the keyboard.  A Swedish couple actually tried to inflict this name on their son. Apparently the name is pronounced ‘Albin’ (I really can’t figure that out), and the parents chose it as a protest against Sweden’s strict naming laws. Sweden has also banned parents from calling their children Metallica, IKEA, and Veranda. Apparently the name Google was OK though…

In1993 a Japanese parent tried to call his son Akuma, which literally means Devil. The authorities decided this was an abuse of the parent’s rights to decide a child’s name and a lengthy court battle ensued. Eventually the father backed down and the poor little lad got a new, less demonic name. Let’s just hope it wasn’t Damien.

Guy Williams of GBW Landscaping runs a successful landscape gardening and garden maintenance business in Aylesbury, Buckinghamshire. The family run business offers anything from a little help in the garden, to complete garden redesign and landscaping services.

Seven Creative have had the pleasure of working with Guy over the last couple of months to create his new website, and he’s been kind enough to share his thoughts about the work we’ve done for him.

“I contacted Seven Creative on the recommendation of a friend. Within a couple of days Chris had emailed me with a contract, it was very good and she was very efficient. I changed my mind about a few things and Chris kindly rewrote sections to accommodate me without fuss.

I’m really happy with the way they built the website. Chris designed it for me perfectly and was very efficient and always friendly. I really liked the way they both listened to what I wanted and didn’t force me into anything; they met my needs really well. Although the website has only been completed very recently, I have no doubt that in the long term my business will benefit from it.

They are excellent at the design side of things too, and if I ever need anything doing in the future I won’t hesitate to contact them. I’d be foolish to go anywhere else! I really couldn’t recommend them enough. They were very professional, very efficient, and they gave me a very reasonable price.” 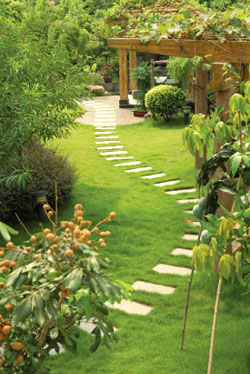 There are two main criteria I look for when hiring a landscape gardener – they’re great at what they do (so will provide value for money) and they’re a nice person.

The good news is I know someone who fits both those criteria perfectly. The bad news is lives and works in Aylesbury which is a long way from Seven Creative Towers.

During this time, we’ve not only seen examples of the fantastic work he’s done and spoken to many of his happy customers, we’ve also got to know a really great guy

Originally introduced to us by a friend of ours, it’s been a pleasure to help Guy establish the online marketing side of his business as his business goes from strength to strength.

If you are in his local area, I wouldn’t hesitate recommending you give Guy a call when you need some garden maintenance

Our newest addition to the Seven Creative team is Ellie

As our Social Media Manager, Ellie is responsible for all aspects of social media, including creating blogs for our customers businesses, keeping blog posts up to date, writing newsletters, updating our clients Twitter and Facebook statuses, and writing all important press releases.

Ellie has recently completed a Masters in Magazine Journalism and has a BA Honours Degree in English Language and Literature, both from the University of Sheffield. As a trained journalist, she understands the importance of social media and is able to produce high quality copy for websites, press releases and blog updates. She’s currently settling in to the office thanks to copious amounts of coffee and a stack of shiny new business cards.

Social media: A personal touch in an impersonal world

Ellie Storey, Social Media Manager at Seven Creative,  said “There is so much competition on the digital high street that simply having a website is often not enough. So due to the changing needs of our customers, and demand, we have expanded our services to include a new social networking service.”

Twitter now boasts an impressive 175 million users, and Facebook has 640 million users across the globe, half of which log on daily. Blogs are increasingly common and websites including Search Engine Optimised text are now a must in order to compete successfully.

Seven Creative’s principle designer Chris Day said, “Using social networks to increase visibility is something we all need to do these days as the landscape of the internet changes. Social network integration is often difficult to get to grips with and certainly not something most business owners have the time to do properly. That’s where we come in.”

“We can provide the full spectrum of social networking services to get your business in front of your customers. We are able to assess how your company can benefit from social networking and work with your available budget to help you get the best from it, ” said Chris. 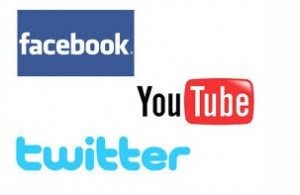